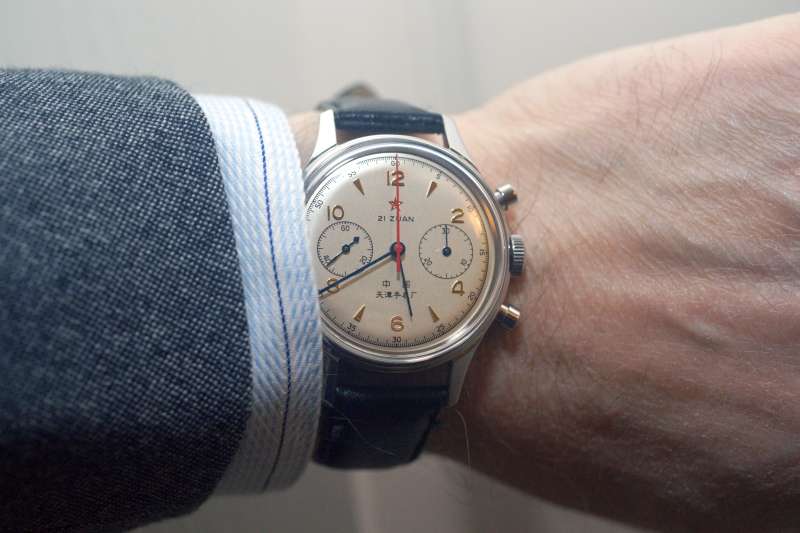 The Seagull 1963 or red star 1963 watch is one of the more intriguing watches when it comes to having an amazing ‘bang for your buck’. Let’s face the truth, the Seagull 1963 d304 is the best hand-winding chronograph you’ll find for under $300!

The seagull 1963 or ‘red star’ seagull watch has gotten a lot of attention from all over the world. Not just because it’s great looking and extremely affordable, but also because its movement alone is something you’ll more likely find in a luxury watch

What is funny, is that there’s still this picture of Chinese manufacturing being cheap and unreliable. Still a lot of people will state this about manufacturing watches: “if it is not Swiss made, it is no good”.

However, many people are not familiar with the current state of Chinese  watch manufacturing. In lots of cases, they have caught up to the technology and quality control processes that European watch manufacturers use.

What makes the Seagull 1963 especially worthy of a purchase? For me, it’s the movement: the ST19 with its 21 jewels hand-wind column-wheel chronograph movement is the resurrection of the movement developed in 1961 under the name ‘project d304’.

To paraphrase it, project d304 was a government-mandated development of chronographs for the People’s Liberation Army Air Force that was based on the Venus Watch caliber 175 which were sold off by the Swiss brand. Since it is a descendant of the Swiss Venus caliber 175, technically the Seagull 1963 is partially Swiss made.

I think as an Air Force Chronograph 1963 enthusiast, I fell in love with the story behind the watch at first. What is an important remark to make with the seagull 1963, especially with the 38mm sapphire open caseback and the 42 mm version, it’s that there’s still a lot of difference between the levels of quality of the watches, depending on the manufacturer.

That is what made me vouch for seagull1963.com, their service and the quality of the watches are like nowhere else (not even at the seagull tianjin factory!), and that at a fraction of the price. For me, it was such a no-brainer to write a quick story about my experience when the founder Vincent asked me to, since I sincerely recommend them to my fellow watch enthusiasts.

Thanks for letting me share my thoughts and again, hope everyone has the exact experience with this seller as I did, it was pretty damn awesome 🙂