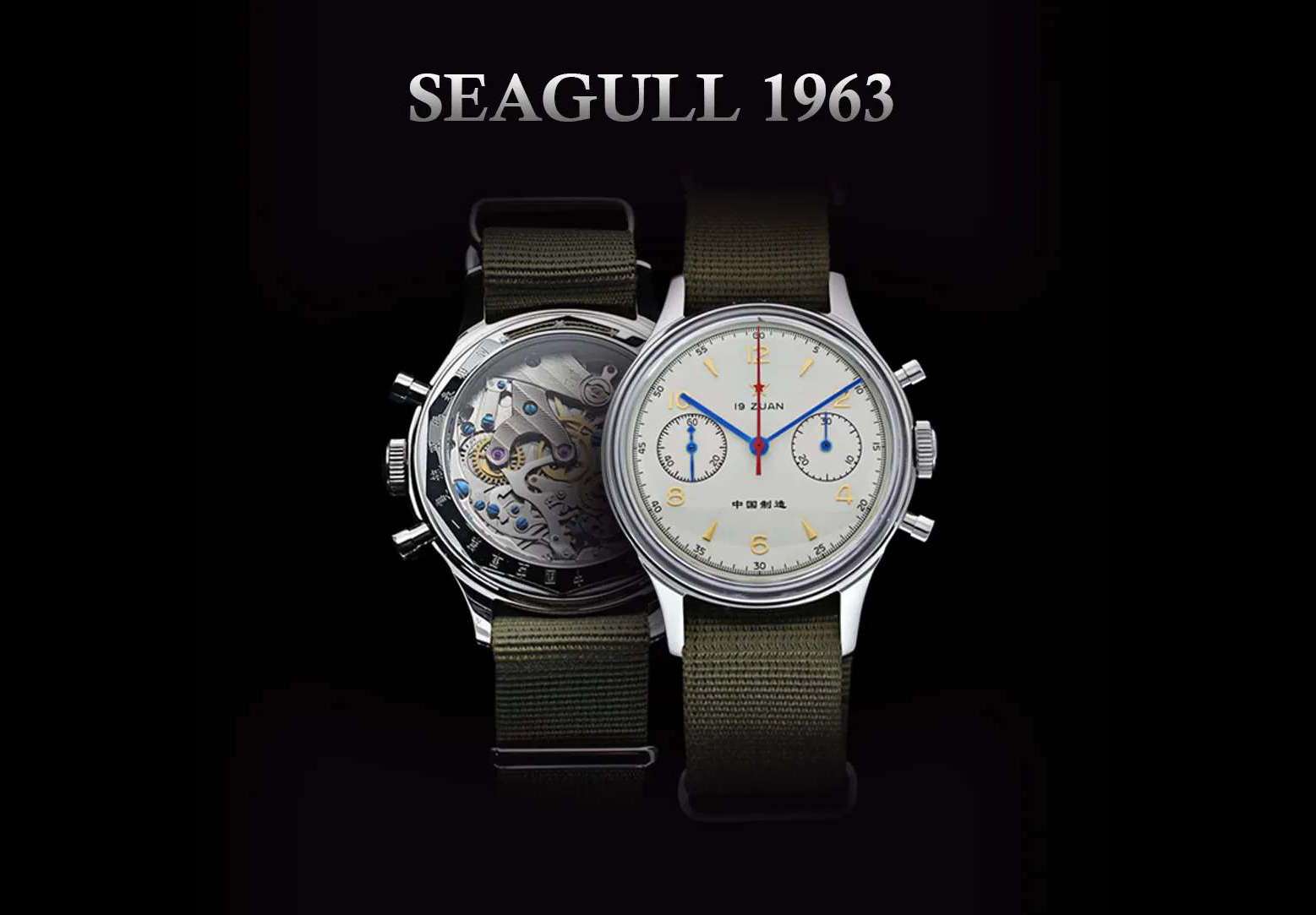 Let’s face it: in this day and age, we don’t buy watches to tell the time. We buy it because we love the watches for the aesthetics, the movement, the historic value and/or all of the above.

At the end of this short blog, you’ll realize that the Seagull chrono lacks nothing in all the abovementioned. Before we get into the nitty gritty of the Seagull 1963 mechanical chronograph movement, let’s take a step back and provide some well-needed context about this watch and its place in the world of horology.

A broad variety of luxury watchmaking brands exist in the world of horology, all of which value accuracy and timeless designs above all else. The majority of these businesses are based in Switzerland, Germany, the US, and Japan.

However, there are a number of watch firms outside of the aforementioned countries that are grossly underappreciated by the general public. The Seagull 1963 chronograph, for example, springs to mind immediately if you’re a connoisseur. This is a traditional Chinese watch with great historical and functional significance. If you’re a watch collector, you’re probably already familiar with the Seagull 1963, but if not: boy, do we have a treat for you!

There are a lot of watch brands that took on a theme as the main topic in their branding. Think about brands like Breitling and airplanes, or Tag Heuer and racing. Once affiliating that also has happened quite a bit, is with a military-related theme. Brands like Alpina and Casio are great examples of this.

With most, this is ‘merely branding’. However, in the case of the Seagull 1963, this affiliation with the military is as authentic as it can be. The Chinese army ordered the Tianjin factory to create these watches for their military pilots.

Now you see why the manufacturing of the seagull chronograph watch, at the time referred to as ‘project D304’, was of such importance: it was the very first ‘proud to be Chinese’ watch… ever!

Many years after the war, an ex-employee over at Seagull’s started to re-issue this original timepiece. Even Though nobody owns the actual design rights to the watch, many still review the Seagull chronograph movement as the original version. This resulted in a test run / ‘limited’ edition of the reissued version of Seagull 1963 watches.

After the initial success within a niche community of fans, Seagull itself produced a ‘limited’ run again of 5000 pieces, but it’s very clear that the focus of their brand lies elsewhere, movement production is exactly that. When demand exceeds the available units, others try to copy it and that’s exactly what happened here too.

Many other Chinese factories even copied the movement and made a whole knock-off version. A handful of others sourced their movement at the original Seagull factory and applied a very high level of attention to details, the most renowned of them is the Red Star factory.

Almost all of such knock-off manufacturers that offer poor quality and are riding a trend of over-demand are (luckily) dead these days, however there are still some big players that just put a random name on the watch, like the Sugess chronograph watches that still sell on sites like Aliexpress.

That’s why you need to make sure to always get your Seagull 1963 from a trusted seller, as there’s a lot of false information going around from Chinese sellers. Besides the huge historic relevance, there’s something else that might be even more exciting: the 1963 chronograph movement.

Some collectors argue that this is the movement that offers you the best bang for your buck. We couldn’t agree more: the 1963 chronograph is one of a kind.

This Seagull chronograph is a hand-wound mechanical movement that has a power reserve of 45 hour. This hand-winding chronograph originated from the ‘Venus 175’, it’s ancestor. This is why the Seagull 1963 deserves to be recognized by more than just seasoned watch collectors.

As you might have realized by now, the Seagull 1963 is a little gem that if you stumble upon it as a collector, you might consider yourself lucky to find such an undervalued watch. The combination of historical importance, the sophisticated movement and the iconic and unique design makes it a must-have. Share on facebook Share on twitter Share on linkedin